River Comics enchants its Bengaluru fans at the Comic Con 2022 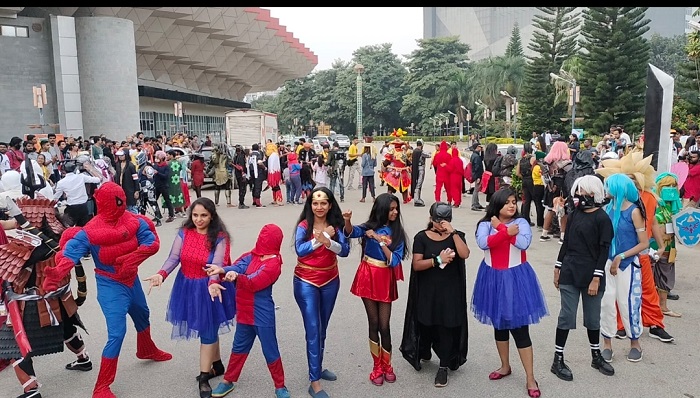 Bengaluru, November 2022– River Comics, India’s First and Only Motion Graphics App with voiceovers and music, was a part of the biggest pop-culture celebration, Bengaluru Comic Con 2022 on 19-20thNovember 2022.

The Bengalurians could not get enough of the fun at the River Comics stall. Lost in the unique world of motion graphics with breathtaking artwork, they also enjoyed fun games, cosplayers and much more. Everyone who stopped by the stall got special gifts, and many won exciting prizes.

River Comics also presented Bombay Lokal, a well-known hip-hop collective, who performed at the Comic Con on the 20th of November. Bengaluru fans were enthralled by eclectic performances by Hip-hop artists Gravity, Shaikhspeare, Farhan BeatBoxers,D-Cypher, BeatRAW, who featured on MTV Hustle 2.0 and the movie Gully Boy.

“As someone presenting a unique concept, we were very happy that the Bengaluru audience received it well and appreciated the content that we create. The happy faces of the fans at our stall were our reward. The River Comics app is one of its kind and will soon be available in multiple Indian languages including Kannada, and we will be the first one to do so. Our successful collaboration with Bombay Lokal who had created a special composition just for River Comics captivated the audience and was an instant hit”, says Mr Japan M. Thakar, CEO & Founder of River Comics.

River Comics is an innovative entertainment company that offers viewers a unique comic experience. A treasure trove of online comics is on offer, with added sound, motion features, and breathtaking art, bringing the comics to life right before your eyes. The app provides access to a wide genre of cultural-based content while also offering original stories, Indian and world history, manga, originals, etc. The app is available for an annual subscription of Rs. 299/-. Multiple added features such as language selection, most popular and binge-worthy content, original titles and more make the app engaging. With something for everyone, River Comics is not only an ideal platform for its young audience but equally appeals to die-hard comics fans across demographics.