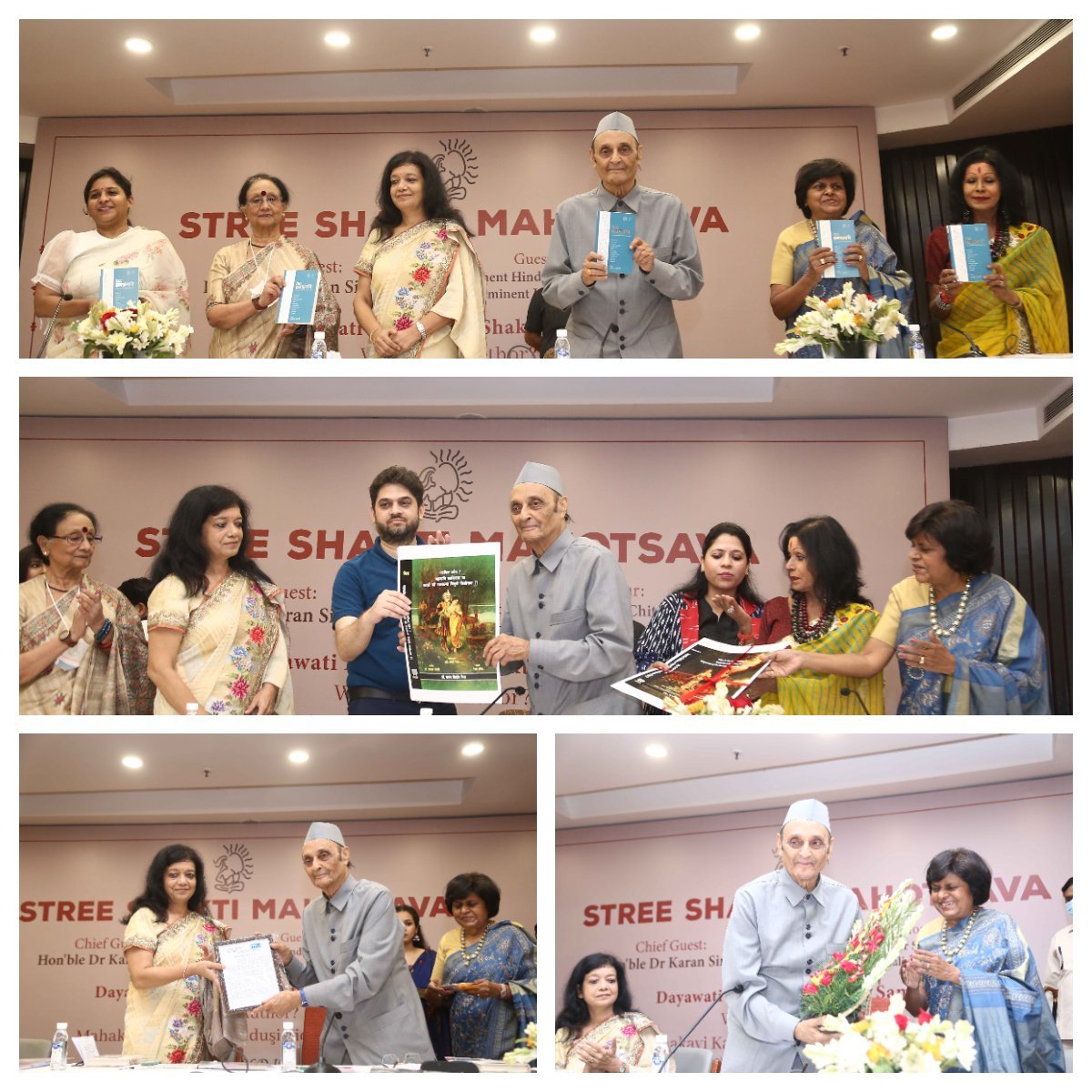 STREE SHAKTI MAHOTSAVA celebrated Women’s contribution in 75 years of India’s Independence. On this occasion Chief Guest Hon’ble Dr. Karan Singh was present along with Hindi eminent writer Alka Saraogi in the presence of prominent Hindi writer Chitra Mudgal along with many eminent persons.

Alka Saraogi’s first novel ‘Kalikatha via Bypass’ won the prestigious Sahitya Akademi Award in 2001 and was published by Editions Gallimard in French, Insel Verlag in German, Neri Pozza in Italian and Siruela in Spanish. She has six novels to her credit. She quoted, “Each award given to her has given credential to her journey as a writer and motivated her. Women can be the epitome of Shakti in every field they venture into, and utopian harmony is only possible when society will realise this“

Who is the real Author? Vidusi Viddyottama or Mahakavi Kalidas? By Dr. Kamal K Mishra, with a forward by Dr. Karan Singh, introduction by Dr. Satyavrat Shastri, preface by Dr. Satyavrat Shastri and supported by Rekha Mody and English trans-creation by Dr. Shovana Narayan; the cover of this path breaking research commissioned by Stree Shakti was released. The research in Hindi and English will be published by Motilal Banarsidass Publishing House in 2023.

The first Gender Influencer Award was bestowed upon young Devansh Saraf for his short film X or Y.

Rekha Mody, Founder & President of Stree Shakti – The Parallel Force remarked, “Empowerment of women is the panacea for all universal ills. Women’s literature is the key to understand the concerns, challenges and ambitions of women.In the twenty first century, the works of Mahakavi Kālidāsa are being looked at from a gender perspective.”