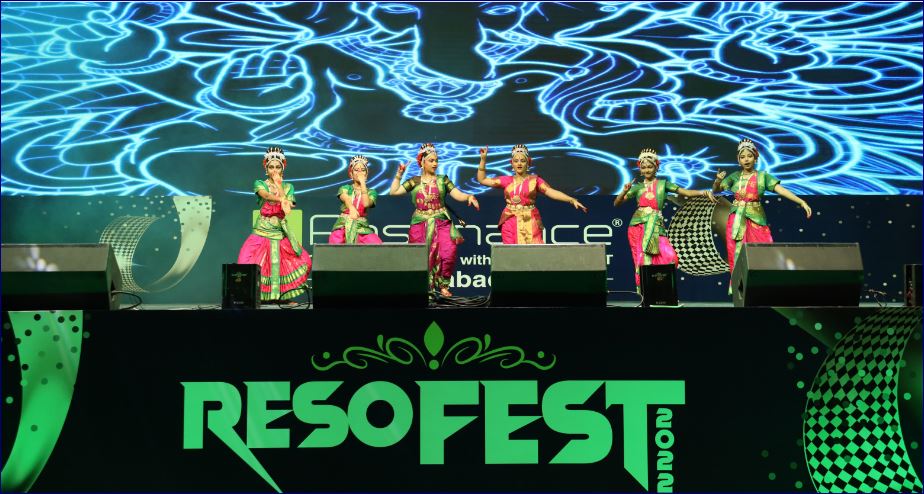 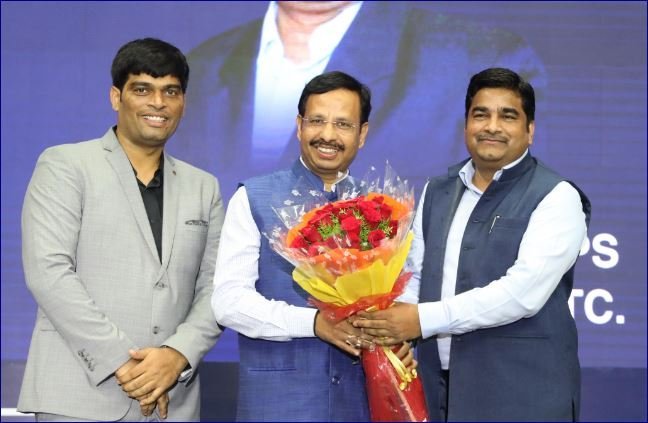 Students presented a colorful cultural extravaganza that raised the tempo to the hilt and built a high-octane carnival mood. The performers availed the occasion to showcase their innate talent and regale the audience. The talent exhibited was a revelation for their fellow students and won immense admiration and unending ovations. The bonhomie ResoFEST generated will lead to lasting bonding among students for their lifetime. Meritorious students were recognized and felicitated on the occasion. 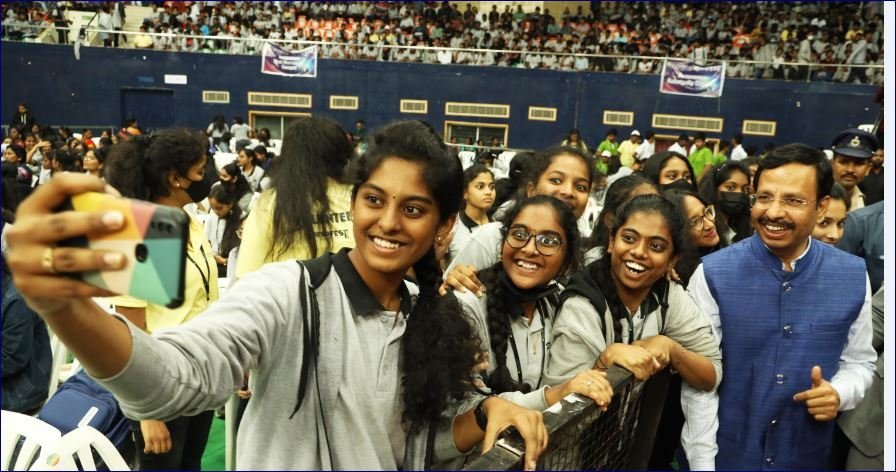 Shri V C Sajjanar said you are all at an important stage of your career. For a strong building, a good foundation is necessary and that’s the stage in which you all are. You should focus on grooming yourselves with good qualities and habits. This is the time to ask and learn, at later stages you may not have people to guide you. Don’t share your private life details in public through social media, several innocent people suffered because of this. You all should be aware of social media dos and don’ts because many of the students are getting into the wrong habits, and wrong relationships and ultimately getting cheated. Try to spend a good amount of time outdoors, on the ground, because several of your age kids are addicted to smartphones or gadgets or games. Many are addicted to junk food, I request you all to avoid junk food. There are people asking what the society and country have done for them, but I would like to remind of the saying of the former President of the USA, John F. Kennedy, “don’t ask the society and the country what it has given to you, but ask yourself what you have given to the society and the country. Please retrospect as to what you gave back to society and the country. As Swami Vivekananda said, always think big and have a goal in life to accomplish. Also, information is power, whoever studies and acquires knowledge will be confident and succeeds in his life.

Shri Adivi Sesh said, excited to be here among lovely young people. When I was thirteen years old, I told my parents about my ambition to act in movies. My family didn’t have a film background and we were not aware of this industry, that’s when my father advised me to shoot my acting on a camera and show if I can act. Later I went to a film school, all this was to fulfill my dream of acting in a movie, though I didn’t know what and how to act. Around the time when I was fifteen years, got an offer of Sontham film, my role was for just two minutes. Later I borrowed money from my parents and friends and made a film. My Telugu was poor at that time, but later I had opportunities in villain roles, but my ambition was to act well in movies and not just portray myself as a villain. But, remember we should never lose hope, that’s when Kshanam started, and my journey to start. I wanted to inspire people with whatever I did and that’s the reason I am here. You are all teenagers, mostly confused about the future, but let me promise you if you work hard and succeed I will share and tweet about your success. After looking at you guys, I want to work even harder and achieve more. But remember one thing, your parents dedicated their life to you, and you are their most important priority, whatever success you achieve in your life, don’t forget your parents.

Film Director Teja said, I am not a great speaker, all of you are better educated than me, I am a fourth-standard dropout. If someone asks questions I can respond, but giving speeches to educated people is quite difficult. There is nothing like a failure in life, when you start living for others you start thinking of success and failure. When you live for yourself, there is no failure. Every time you fall, just think of it as an experience and get up and walk, is my advice.

ResoFEST was organized to provide students some respite from the monotony of daily studies, besides enabling them to exhibit their hidden talents to their friends. The festival was an opportunity for students to re-energize and get back to their studies with greater vigor as they prepare for the most crucial test of their lives. This was also an opportunity to felicitate the students with outstanding academic performance, says Purnachandra Rao N., Director, Resonance – Hyderabad.