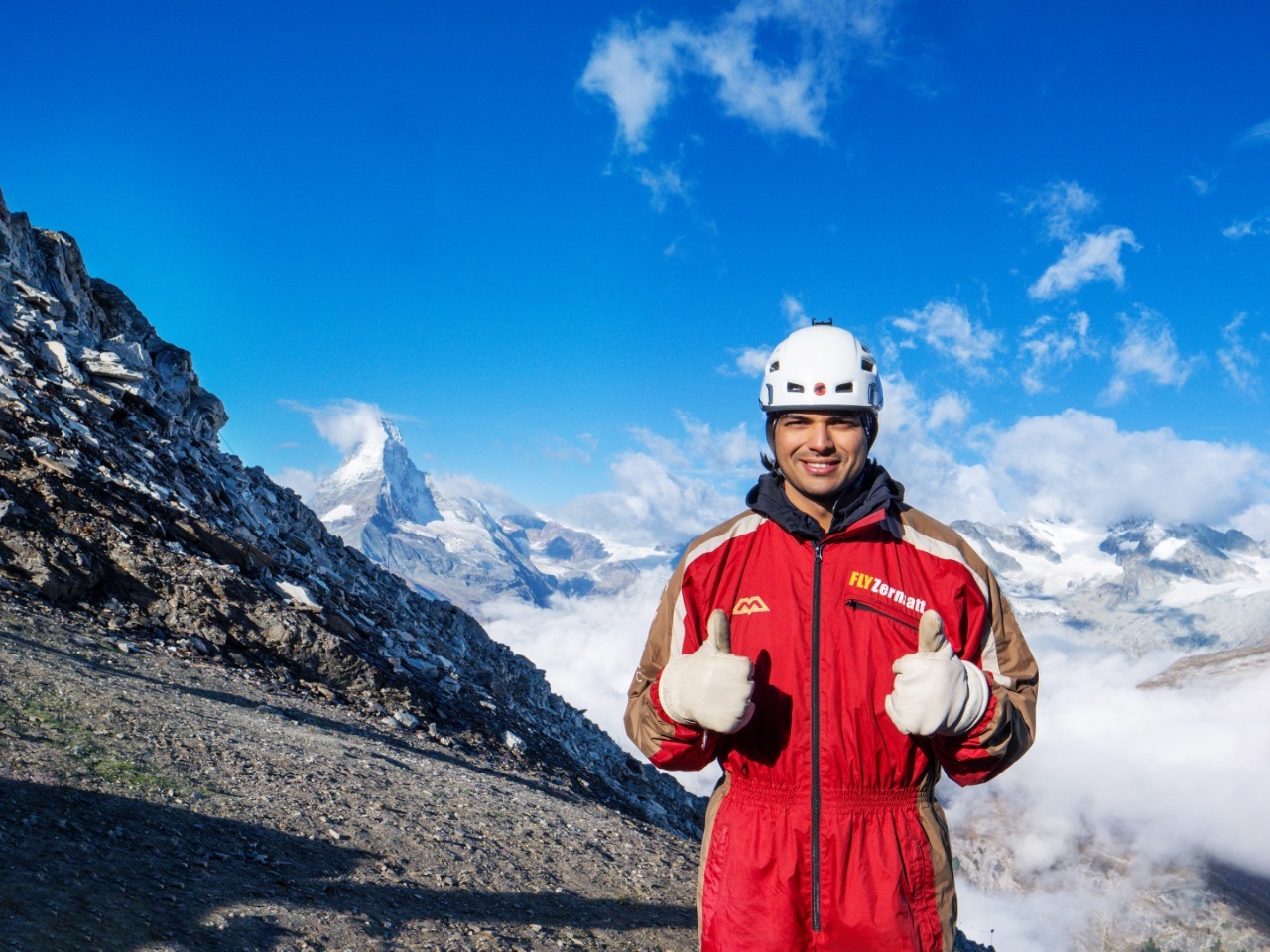 Chopra teams up with Switzerland Tourism to give Indian travellers a glimpse of the fun, adventurous and sporty side of the alpine country

Mumbai: November 09, 2022 – Switzerland Tourism has appointed Olympic Gold medalist Neeraj Chopra as the ‘Friendship Ambassador’. In his new role, the talented Indian sports superstar will showcase and promote the adventurous, sporty, and stunning outdoors of Switzerland to Indian travellers.

Chopra has often travelled to Switzerland for tournaments and training but this time, after his season ended, India’s newest sports icon spent his days relaxing in the country while doing what he loves best — getting the adrenaline pumping! Among the top destinations that Chopra visited were Interlaken, Zermatt and Geneva.

After winning the Diamond league championships in Zurich in September this year, Neeraj and his closest friends who joined him in Switzerland, embarked on a holiday which was tailor-made for his adventurous side. His program covered it all – from canyon jumping, sky diving, jetboat in Interlaken as well as snow scooters and sleds on Jungfraujoch to Monster biking, hiking, paragliding and a helicopter tour in Zermatt. But adventure was just one of his holiday thrills. He also visited the city of Geneva, which he explored via a unique running tour as well as on an e-tuktuk tour which took him to United Nations as well as to the Gandhi statue to pay homage to the father off the nation. But being Neeraj Chopra, he capped things off with a river rafting tour down to the iconic Lake Geneva to see Geneva’s famous landmark – the Jet d’eau.

As Switzerland Tourism’s ‘Friendship Ambassador’, Chopra will share his experiences in the country to showcase it as the ideal destination for outdoors and the best destination for hiking, biking, soft and extreme adventure and of course snow sports, for everyone be it beginners or seasoned pros.

“Switzerland is my favourite international holiday destination! It’s so beautiful everywhere you look! It was great spending time exploring the country after the season. I also wanted to show this country to my friends and family. It was the best place to relax after a hectic season for me. You feel refreshed anywhere in the country whether you are out in the mountains or even just strolling in the city! I But what got me excited was chance to experience the adventurous side of the country with my closest friends. I was thrilled to show them Interlaken and Zermatt which are well known for their adventure activities but also that it’s possible to enjoy the outdoors in Geneva which is Switzerland’s second-largest city. We tried everything from canyon swing to river rafting to paragliding and skydiving amongst other activities. And of course, it helps to know that Switzerland is the safest place for all sorts of adventure sports!” expressed Chopra.

“India is a very important long-haul market for us! And it’s great to have a friendship ambassador from India representing Switzerland. Neeraj is an Indian icon and a very outdoorsy person, and he will be the perfect person to showcase the sporty and outdoor side of Switzerland as well as allow us to promote lesser-known sides of the country. We look forward to working towards a successful campaign with him.” said Misha Gambetta, Director -India, Switzerland Tourism.

“Switzerland Tourism sees great potential in attracting different kinds of visitors and the outdoor segment is a particularly interesting space from an India perspective post Covid. More and more Indians are realizing the importance of enjoying the outdoors and of being active. Through our association with Neeraj Chopra, we hope to tap into that opportunity. We will be closely working with Neeraj to promote Switzerland through his eyes as a sportsperson who loves the outdoors. Switzerland has everything a tourist looks for during a holiday — fresh air, beautiful mountains, untouched nature, unique cities and monuments and an amazingly efficient public travel system but it is also a perfect destination to enjoy some activities in nature There are different levels of hiking and biking, water sports or even action-packed activities like river rafting and skydiving and snow sports in winters, so Neeraj will have a lot to choose from as our Friendship Ambassador!” said Ritu Sharma, Deputy Director of Switzerland Tourism

The athlete also donated his gold-winning javelin to The Olympic Museum in Lausanne, Switzerland in September this year. The museum founded by the International Olympic Committee in 1993 showcases the richness and diversity of Olympism through history, culture, design, technology, and sociology with sports as the main element. Mary Kom’s gloves as well as Dhyan Chand’s hockey was already a part of the exhibits at the Museum.