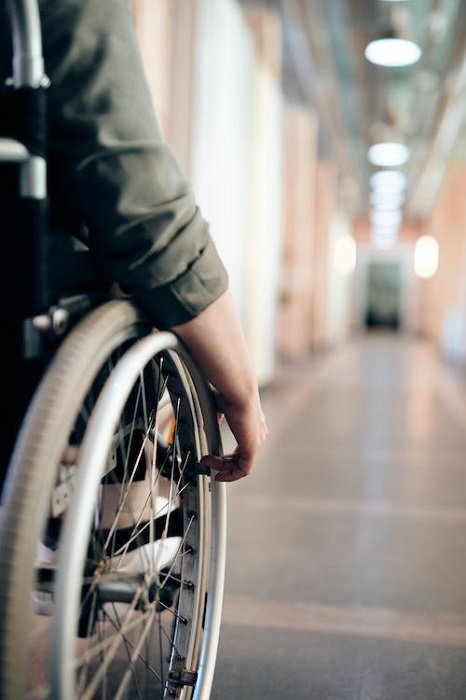 On the occasion of the International Day of Persons with Disabilities (PWDs) which is celebrated every year as a tribute to the struggles of all the differently abled people, Disability Rescue Management System (DRMS) has been awarded with a prestigious ICT 4 Inclusion Challenge 2022 by the Global development agencies including German Development Cooperation (GIZ), France based ATOS, and German Ministry Initiative-Make IT Alliance.

DRMS has also been selected as one of the 13 global innovations under the ZERO IMPACT Transfer Program instituted by Austria based The Essl Foundation, US based Ashoka-The Change Maker, Chile based Fundacion Descubreme, GIZ and ATOS.

Dr Sumit Shinde, Senior Pediatric Occupational Therapist and Head of Child React Foundation said, “Persons with Disabilities (PWDs) are at maximum risk of suffering from negative impacts of the climate change induced disasters and natural calamities or otherwise. They are often not reached out in time and therefore left out, by the existing early warning systems, mainly due to data gaps about their physical locations, weak communication channels and targeted support system – thus contributing to their higher fatality.”

Mr Pramod Dabrase, an Environmental Scientist and Head of CSEDI Navi Mumbai, who is leading on this project said, “To address this much neglected and critically sensitive challenge, the Child REACT Foundation (an NGO) & CSEDI Navi Mumbai (a social enterprise and an environmental Advisory), have developed a DISABILITY RESCUE MANAGEMENT SYSTEM (DRMS), which is an ICT based inclusive & integrated system that supports interventions to rescue PWDs during disasters and emergencies by identifying their real time physical location & by facilitating timely support to them”.

Mr Dabrase further added that, the DRMS, which is at very early state of implementation has been designed and equipped with a number of Digital Innovations such as, GPS enabled devices to PWDs, application of open source Geographical Information System (GIS) based Integrated system of data and Maps, Real time communication channels with meteorological and weather data and the citizens, Universal disabled friendly web based platform for two way communication, and active Engagement with institutions such as Disaster Management Authority and other stakeholders for effective implementation and wider reach.

Dr Reena Shinde, in charge of Coordination said that, “DRMS facilitates relocating the PWDs by identifying the most vulnerable areas during the emergencies and relocating them to the safer places, followed by remedial measures.”

DRMS has been equipped with a number of INNOVATIVE FEATURES such as: Integration of IT tools and applications, Facilitation, coordination and transferring ownership to the Government institutions, Monitoring of Safety of the PWDs and Provision of Knowledge Management System. DRMS is a novel and impactful intervention because, it is focusing exclusively on the PWDs and supporting them during emergencies – thereby saving maximum lives of the target groups, overall systemic improvement, making it sensitive, responsive and inclusive, better access to information and its dissemination; to help adaptation, advanced preparedness and mitigation and is very cost effective.

Snehadeep Trust for the Disabled celebrates International Day for Disability