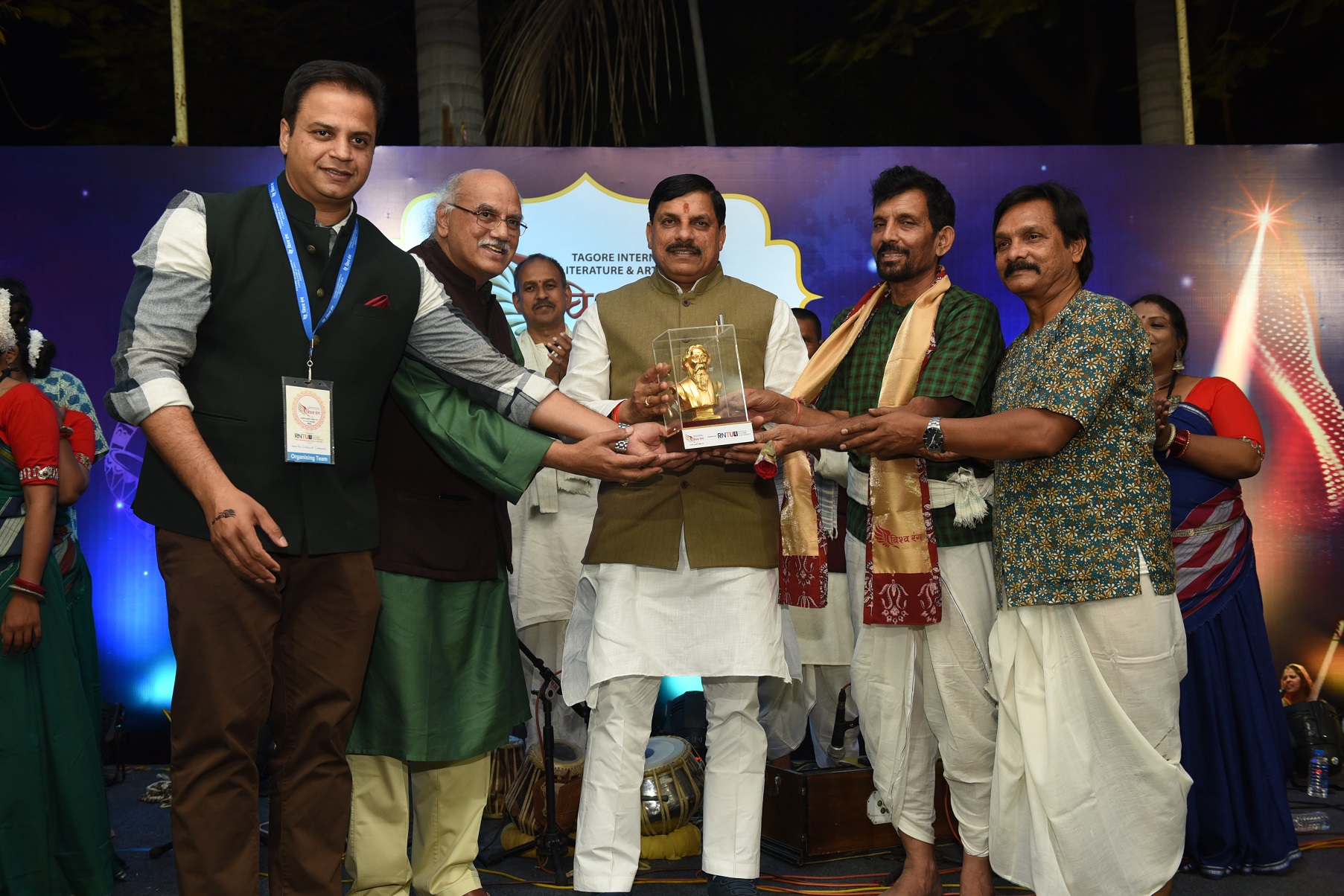 Mr. Tripathi focused on the need for art critics. He further said, “It is vital to write passionately about art. It is also necessary to have a mutual dialogue between the artist and the critics.” Taking the conversation forward, Mr Prayag Shukla said that art review is an internal dialogue. He also urged the reviewers to have an interest in all art forms. While speaking about film reviews, Mr. Sohni commented every art form is ultimately poetry.

Mr. Ashok Bhowmick added value to the discussion with his words of wisdom. Focusing on painting, he said art needs to be experienced, not understood, just as we enjoy watching the sunset. We should not try to understand it.” At the end of the session, the Chancellor of Rabindranath Tagore Vishwavidyalaya, Mr Santosh Choubey, also talked about the technology’s role in art review and criticism. He further said one should not separate the artwork from its context.

Art critic Mr. Vinay Upadhyay moderated the panel discussion. Summing up all the ideas and points of the session, Mr. Upadhyay said, “One cannot review the sea waves while sitting on the shore. One must drench himself in the waves first.”

Another thought-provoking session was on the “Unseen Role of the Accompanists”. Renowned Tabla player Padmashree Pandit Vijay Ghate, Kathak dancer and choreographer Shama Bhate, art writer Chitra Sharma and art critic Vinay Upadhyay expressed their views in the panel discussion. During the session, a remarkable performance highlighted the symphony and creative combination between the Tabla rhythms and Kathak steps. Vinay Upadhyay said that accompaniment is an essential component in music and dance. But the need is to acknowledge their importance duly. Chitra Sharma quoted Kathak’s combinations in which rhythm (Lay and Taal in Hindi) hold utmost importance. The guests also unveiled Chitra Sharma’s book focused on kathak.

‘Bandishen’: A story of an artist’s struggle

How do artists deal with all the pressure on them? What struggles does an artist face? What restrictions stop an artist, and how does one overcome them? The theatrical presentation ‘Bandish 20 Se 20,000 Hz’ presented its perspective on these questions through singing.

The play begins with the 70th Independence day celebration, hosted by a political leader in his constituency. He has invited a few singers to honor them and to sing. One of them is Champa Bai, and the other is Beni Bai. While the former is a Nautanki singer, the latter is a courtesan known for her classical music. Both of them do not have to sing in this program. Champa Bai wants to sing, but an officer stops her. He further tells her that folk artists of the old era will only be honored here. Meanwhile, Beni Bai does not want to sing because she had taken a vow not to do so years ago.

The organizers have invited modern singers Moushumi and Kabir to sing at the event. However, Kabir is facing an uproar on social media for his song, which originated in the neighboring country. If he sings, chances are that he might face a revolt, leading to an administration’s headache. But Kabir is unaffected by the situation. He asks for double the remuneration for not singing. After a lot of negotiation, the administration agrees to his wish. The difficulty with Moushumi is that the track of her songs has not arrived with other stuff. Because of this, she can’t perform. Now, the crisis is pulling out a show for an audience without any artists! The entire play revolves around the same.