Rasayatra- a Journey Into Our Culinary Past

Rasayatra is a journey into our culinary past, exploring ancient and abandoned recipes of cuisines in India. We are trying to rediscover some of the recipes, which are not made either in restaurants or even homes due to constraints of time or space. 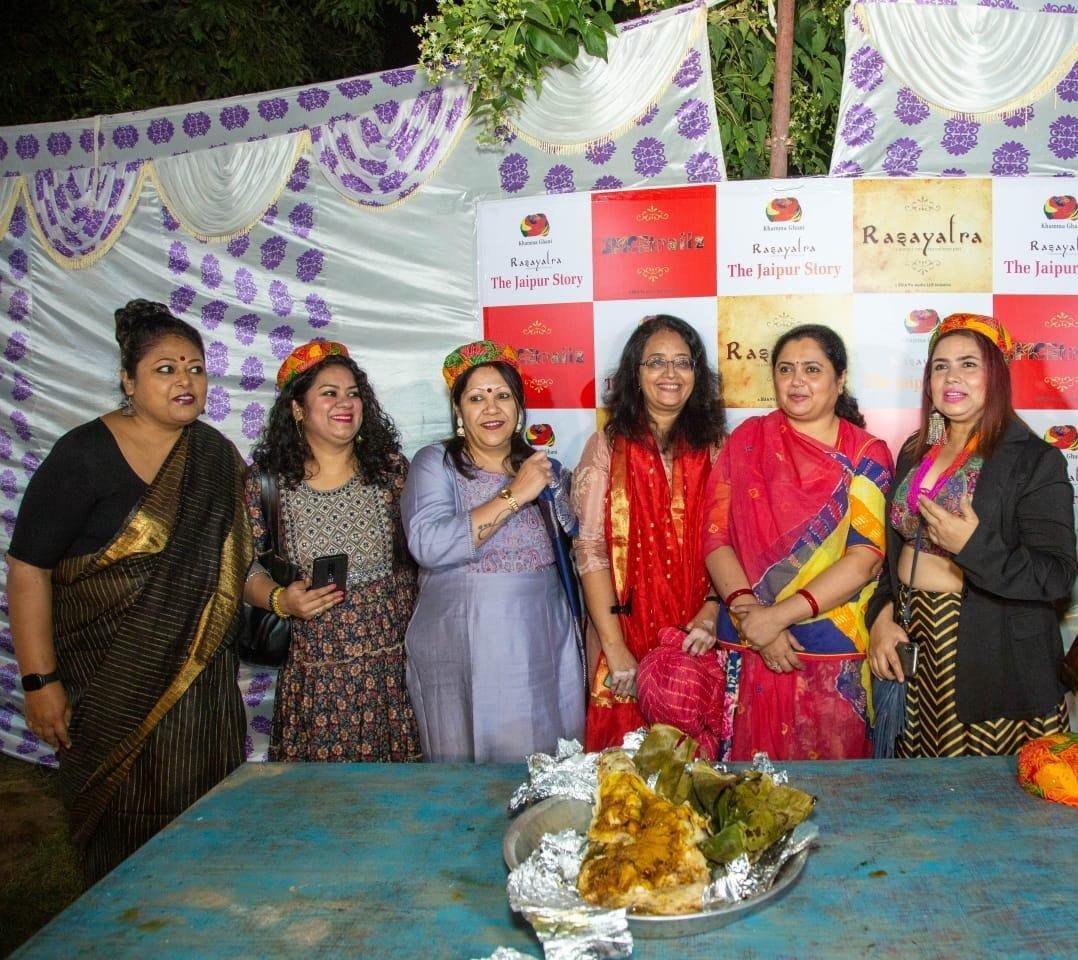 The highlight of the event was a delectable evening with the Introduction of the Rasayatra concept to a selective gathering of food lovers visiting from Bangalore, Mumbai, Kolkata, Ahmedabad, NCR, and Jaipur of course. The event was organised in an old Haveli inside the walled city, owned by the descendants of the royal family, the Kalwaras.
Our star Chef of the evening, Ms. Divya Kalwara cooked some sumptuous old dishes such as Panckuta ka saag, Papad made ki sabzi in Makka ki dhokla in vegetarian and Laal maas, Safed maas, Bajre ka soyeta in non-vegetarian. The star dish of the menu was Khadro Pind, a game meat preparation of the royals in yesteryears. A whole Pind (whole thigh) of a goat after marination, wrapped in rotis n foil is placed inside a Khadd (3 feet-deep pit) over dimly burned charcoal and is covered with the sand. 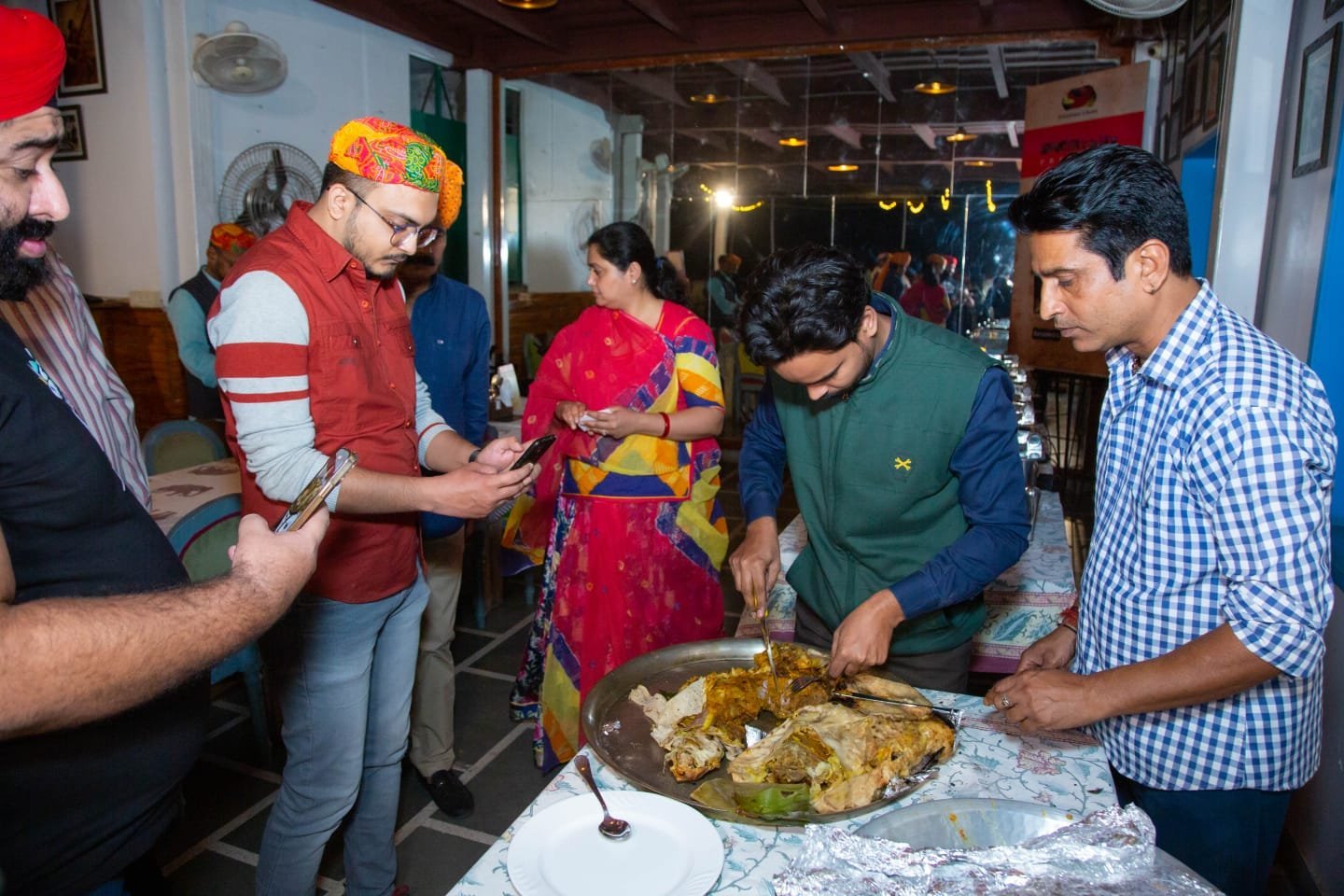 The meat is slow-cooked inside the khadd for around 4 hours. This exotic delicacy cannot be explained in words, one has to have it to experience its flavors n aroma.

A food walk inside the walled city was organised on the 12th morning. Foodies from outstation enjoyed delicacies from some of the ancient shops of the city, some being more than 180 years old and run by 5th-6th generations.

An after party was organized for all the guests from outstation on 12th evening in a garden restaurant.

The send-off on the 13th was a splendid breakfast treat at Tapri, a modern cafe opposite the central park.

Rasayatra is an idea devised and conceptualized by Anil Raj Kapur from Jaipur, Uma Isabel n Vasudev Prabhu from Mumbai, under the umbrella of SPICEtrailz, an initiative by Suave Media LLP.