Divya Dutta at Sahitya Aajtak 2022: Wanted to Be an Actor, Thanks to Amitabh Bachchan 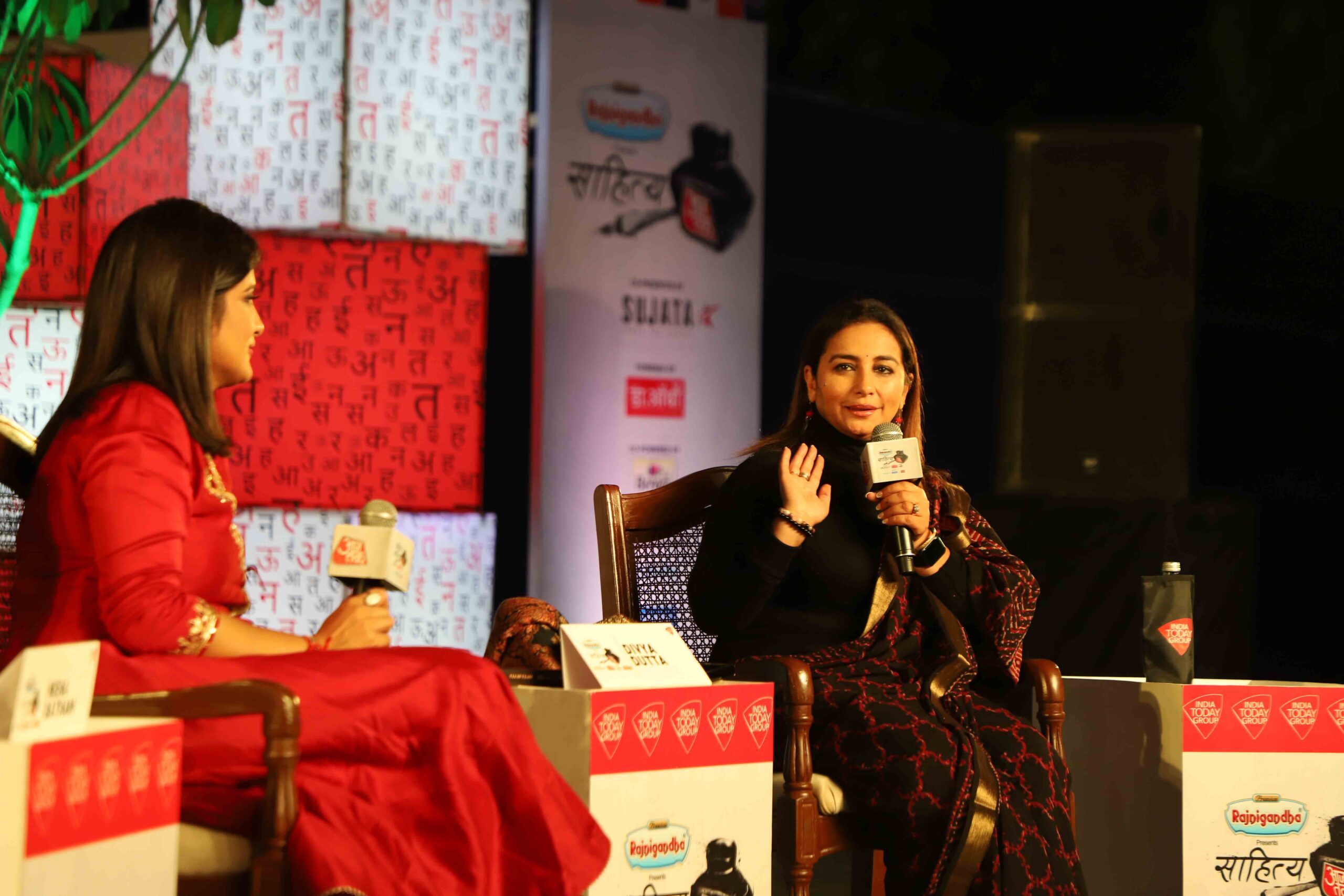 Actress Divya Dutta, who was last seen in Dhaakad, was in the city to grace the Sahitya AajTak 2022 on Day 1 for the session, Meri Kahani. During the session, she opened up about her latest book, The Stars in My Sky: Those who Brightened My Film Journey. She not just spoke about the most memorable meetings with Shah Rukh Khan and Irrfan, but also opened up about how Amitabh Bachchan impacted her journey, and what she learnt from the legendary actor.

DIVYA WANTED TO BE AN ACTOR BECAUSE OF AMITABH BACHCHAN

During the session, Divya Dutta revealed, “I wanted to be an actor, thanks to him. I had seen his films first- I think I had watched Laawaris- and I thought, whoever he is, I want to belong to his world. So I would rip my mom’s sarees and dupattas, put the colour of paan on my lips, and perform on Khaike Paan Banaras Wala. I would bribe my neighbourhood kids with Gulab Jamun and Samosa party to clap on my performance and even say they would get Rooh Afza if they clapped louder. So after this phase, I always thought I wanted to be at the place where Mr Bachchan is.”

DIVYA’S LEARNING FROM BIG B

Divya Dutta finally had the chance to live her dreams when she signed Baghban, which had Amitabh Bachchan in the lead. She revealed how she learnt an important lesson from Mr Bachchan and said, “Then I finally entered the film industry and my first film with him was Baghbaan. I was so excited that I did not even see that the role was that of a mean woman. I would go to him every day and say ‘good morning, sir’ and sit with him. One day I went home and started crying. My mom asked what had happened and if the shoot did not go well. The shoot had gone well, but I didn’t know why I was crying. The next day I went, I said a very low good morning. Given how sensitive he is, he realised something was wrong. He called me and said, ‘you know you are not behaving well with me in the film’. I said, ‘sir these are dialogues’ to defend myself. I think that is what exactly he wanted to tell me- that these were dialogues- and there was a pin-drop silence between us. Then we both smiled. He taught me how to disconnect from a role.”

She revealed, “When I was doing Baghbaan, I didn’t know that my role was affecting me. With time, I learnt to leave my role on the set itself, and to be the same Divya at home.”

Divya Dutta was last seen in the film, Dhaakad. Starring Kangana Ranaut and Arjun Rampal, Divya played the character of Rohini, who was one of the antagonists alongside Rampal. She will next be seen in Sheer Qorma alongside Swara Bhasker, which has been shown at several festivals and won accolades. She also authored the book, The Stars in My Sky: Those who Brightened My Film Journey, in 2021 where she recounted her experiences with some of the stalwarts of Bollywood, and those who played a significant role in her film journey.