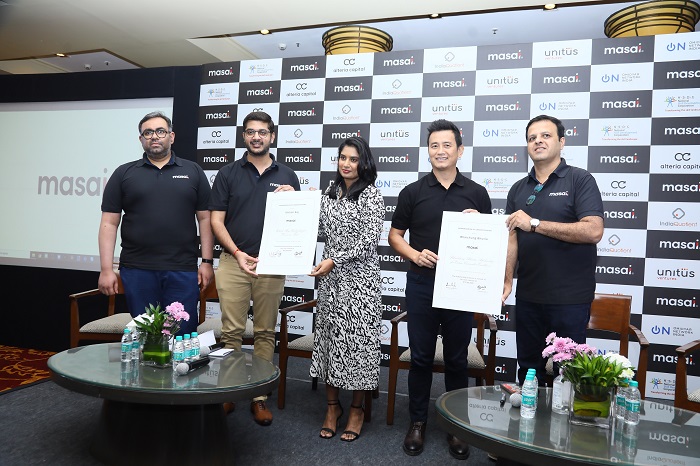 National: November 08, 2022, Bangalore: India’s fastest growing JobTech institute, Masai School, has announced their latest fundraise, where the company has raised $10 million in a Series B round led by Omidyar Network India along with existing investors including India Quotient and Unitus Ventures, with the addition of Alteria Capital. The round also saw participation from 2 of Indian sports stalwarts, the face of women’s cricket, Mithali Raj and the legendary footballer Bhaichung Bhutia, as investors and partners for an undisclosed amount.

Speaking of the fundraise, Prateek Shukla, CEO and Co-founder, commented, “This is an opportune time for us to pick up our series B funding, and we are excited to work with our new partners and our current investors alike. Our mission remains to build the country’s largest employable tech workforce. The last 3 years have been proof of our competency in bridging the tech skill gap for over 800 tech companies who have hired more than 2000 alumni.

The company is launching their first up-skilling course, MasaiX., which aims at fast tracking growth for software developers in India to meet demand of tech professionals in Global Capability Centres s and Sr. Software Developer roles. Masai is also launching the Scholar Program, targeted at college students to supplement their college education with industry necessary skills. The Scholar Program, which is a prepaid program, is being rolled out by the company’s subsidiary, Prepleaf, acquired by Masai in December 2021.

These programs, along with Masai’s existing offering, Masai 0NE, will be supported by 2 scholarships that are being enabled by Bhaichung Bhutia and Mithali Raj, who joined forces with Masai because of their shared interest in reimagining higher education in India.

Speaking at the press event, Mithali Raj said, “The common thought in India is that when a woman chooses her sporting career, her personal life takes a backseat. However, with Masai, Every individual gets yet another chance to have another career option apart from sports and excel in it.

Bhaichung added, “Access to quality education should be a fundamental right, irrespective of spending potential. And I commend Masai for creating India’s largest outcome-driven higher education institute that identifies untapped talent and makes them job-ready through a pay after placement mode. I am delighted to partner with a brand like Masai that is making a tangible contribution to the future of the youth in this country.

In 2021, the startup had raised its Series A round worth $5 Mn led by Omidyar Network India. Investors who participated in the round included Unitus Ventures, India Quotient and AngelList. The start up, which has positioned itself as a skilling institute, also raised funds in 2021 through seasoned angel investors such as Kunal Shah of Cred, Paytm’s founder Vijay Shekhar Sharma, Delhivery’s Mohit Tandon & co-founder of Tracxn, Abhishek Goyal among others.

To date, Masai has placed more than 2000 students across 25 batches that have graduated, with a placement rate of over 94% with an average CTC of 7.5 lakh INR per annum. The company has enabled student placements in some of the most sought-after engineering teams in India, including companies such as Ola, Swiggy, Meesho, Capgemini, Paytm, Dream 11, GlobalLogic and ShareChat. Masai currently has 7000 students enrolled in active batches.