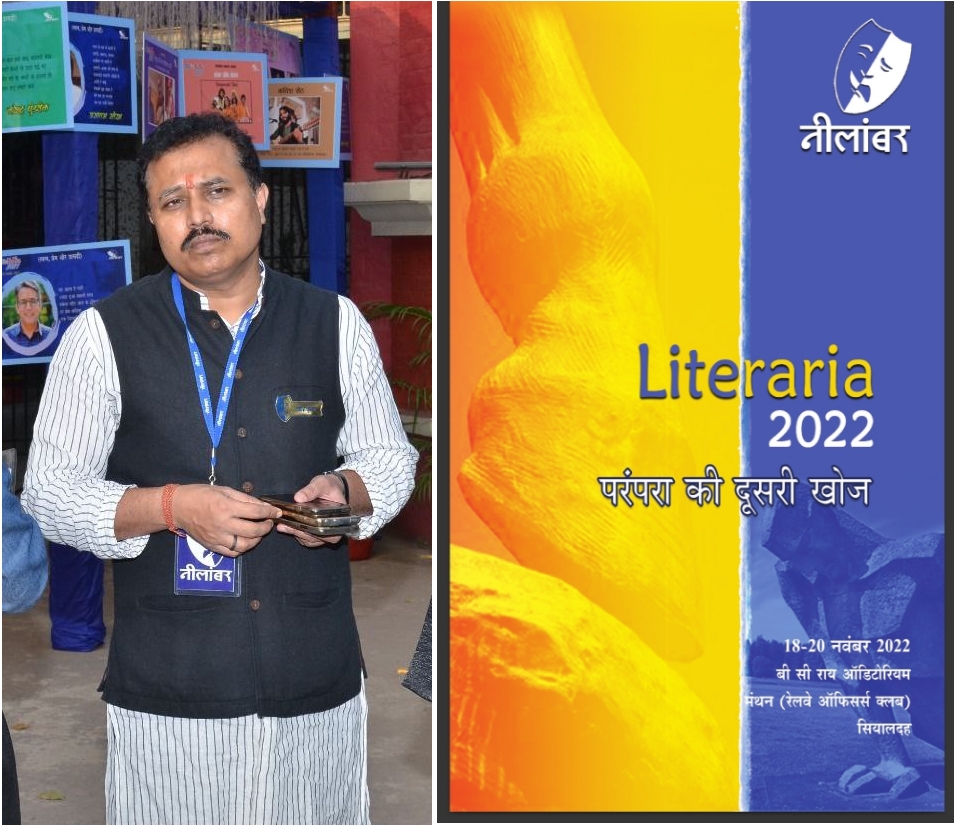 Kolkata, 15 November 2022:  Yatish Kumar, Chairman & Managing Director, Braithwaite & Company Ltd, a seasoned poet, author, and literati, has been promoting Hindi poetry and literature across India. Kumar was the man behind the success of the three-day litfest `Literaria 2021’ in Kolkata which was attended by over 50 literary heavyweights from across the country. Come November (18-20) 2022, once again the Hindi literary scene in Kolkata would be livened up by `Literaria 2022’for which preparations are in full swing.

Once again, Sri Yatish Kumar has taken up the cudgels to ensure that the event creates an ambiance for India’s established and upcoming Hindi and regional litterateurs to present their latest literary endeavors at the three-day litfest under the aegis of Nilambar –  a Kolkata-based prestigious literary organization. A quarterly literary magazine of Nilambar  Saptaparni’ would be formally released at the inaugural function on 18th November 2022, to be attended by the heavyweights of Hindi literature.

“In recent years the Hindi literary scene has been very buoyant with young poets and authors coming up from various regions and small towns of India. The lit fests and different literary events provide the right exposure and opportunity to highlight their works, which, in turn, has infused new ideas and approaches and greatly enriched the Hindi literary scenario in the country in recent years. There is a new Hindi literary ecosystem in the making,” said Yatish Kumar, who is actively associated with various literary-social organizations.

Yatish Kumar has made a special creative presence in the literary world in the last few years. His poetic reviews on popular novels, stories, and travelogues have particularly attracted the attention of readers. His poems and memoirs have been published in most reputed magazines.

A hardcore professional with a poetic heart, Yatish Kumar has also been the youngest officer to be appointed Chairman and Managing Director (CMD) of any Public Sector Undertaking in India. Born on 21 August 1976 (Munger, Bihar), Yatish Kumar has developed his own distinctive style in poetry, literary work, and travelogues. A 1996 batch Indian Railway Service of Mechanical Engineers (IRSME) officer, Sri Yatish Kumar is a National Award recipient in 2006 for his outstanding contribution to the Indian Railway Service.

Sri Kumar’s book “Antas Ki Khurchan” a compilation of poems has received rave reviews and lauded in literary circles for its fresh approach and newness. Sri Yatish Kumar is the President of the Kolata-based prestigious literary organization ‘Nilambar’. For the past 20 years, he has been espousing the cause of Kolkata. Sri Yatish Kumar’s poems and memoirs have been extensively published in leading newspapers and magazines. He also has a creative presence on popular literary blogs like Hindavi, Samalochan, Janki Pul, Pehli Bar, and Kavita Kosh.

Apart from the National and five Zonal Railway Awards, Yatish Kumar has received the “Outstanding Global Leadership Award-2019” from the Institute of Economic Studies; “CEO with HR Orientation” award by World HRD Congress, and “CMD Leadership Award” in Governance and the 8th PSU Award in 2021.

Yatish Kumar has always been at the forefront in supporting various social upliftment programs. He has been instrumental in creating cultural capital by promoting Hindi literature across the country and also launched various corporate social responsibility (CSR) initiatives to help create infrastructure and capacity building.