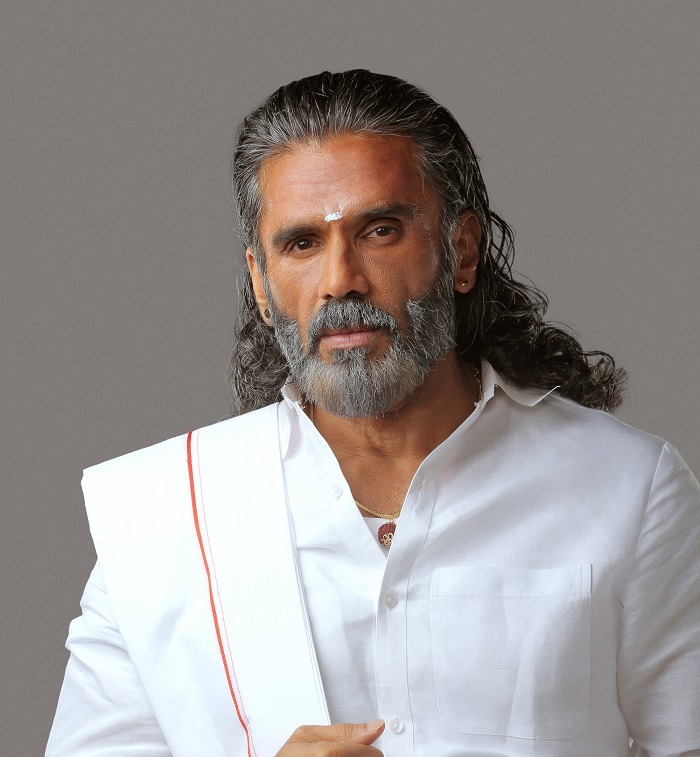 Suniel Shetty is one of those incredible Bollywood stars who defies age. He has successfully shattered all stereotypes about life beyond 60 with his youthful charm and well-maintained physique. The actor gives us a glimpse of this in Samit Kakkad’s directorial – MX Original Series, Dharavi Bank where he Is seen playing the role of Thalaivan – a powerful, ruthless, and unattainable kingpin of India’s largest slum – Dharavi.

To aesthetically portray the part of this 63-year-old villain, the team had to use prosthetics to make Suniel look 60+! Speaking about the actor’s commitment to this role, Director Samit Kakkad said, “Anna would report on location at 5 am on the dot because it would take him 4 hours to do hair and make-up with the use of prosthetics. Thalaivan’s character spans across different age groups in the series and to showcase this progression, we had to make Anna age himself because he is so fit that nobody would believe he is playing a 63-year-old without prosthetics.”

On his role, Suniel Shetty commented, “As I always say, age is just a number and I can only hope and work towards living a healthy lifestyle with the right nutrition and exercise. My character, Thalaivan, is a self-made leader that commands the authority and respect of the people of Dharavi, who he considers as part of his family and are of utmost importance to him. He helms a Rs 30000 Cr empire and his face and posture had to reflect the responsibilities he has and the experiences he’s endured to stay elusive and successful. So, I understand why we had to use prosthetics and even though it took 4 hours daily to perfect this look, it added a lot of authenticity to my character – the ruthless Thalaivan.”