Meet women entrepreneurs who are contributing to boost the Indian Economy

Since entrepreneurship is the foundation of any nation’s economy, it is essential to the process of economic development in both developed and developing nations. In this era of start-up booms, digitalization, and globalization, India is unquestionably experiencing a revolution in the number of female entrepreneurs. Women are entering into industries that have historically been dominated by men, such as running media enterprises, construction firms, security firms, and detective agencies.In the current Indian environment, women have a lot of difficulties carrying out any economic operations or taking on any entrepreneurial tasks. Since they are not treated equally to males due to cultural and social beliefs, women entrepreneurs must deal with a variety of socioeconomic and other issues.Despite these difficulties, it has been noted that there has been an increase in the proportion of women-owned businesses in India. This encourages other women to launch their own businesses, which ultimately contributes to strengthening the Indian economy.

The most successful women entrepreneurs in India are honoured in this article. Considering the expansion of all of these businesses, these role models have reached to the next level of success. 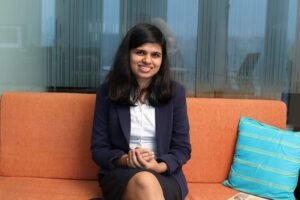 Entrepreneurship is one of the boldest and most rewarding journeys that a woman can embark on to fulfil her goals of equal opportunity, independence, and ambition. Sonam Srivastava founded Wright Research in 2019. It’s a SEBI-registered investment advisory firm that uses Deep-Tech, AI & ML modules to invest using Quant research.

Smashing stereotypes, Sonam Srivastava is a globally recognized researcher in the field of machine learning in finance & quantitative investing. Her role as a female entrepreneur has been the most engaging and fulfilling in her career. As an entrepreneur, she makes business decisions true to her vision that have worked well in the big bad world, and there is nothing more fulfilling than that for an ambitious woman. There are always bigger and better challenges around the corner, inspiring a drive to improve and grow.She has seen many achievements in her journey as well. She has become a somewhat recognized face in the male-dominated investing and trading community. She is often introduced as the first female member to participate in various industry events, which is thrilling. She has built a strong team that efficiently manages more than 100 crores and is greatly appreciated by her clients. Not just that, they can not wait to do more and grow bigger and better and are building relationships to achieve the same. Her firm has raised an undisclosed amount of pre-seed funds from BSE Institute Limited, Ryerson Technology startup Incubation Foundation (BRTSIF), Govt. of India, Nidhi SSS. It has been awarded by NASSCOM under top 50 AI Gamechanger startup. Recently the startup has raised $1 million in Seed Funding from Orios Venture Partners also.

She aims to give back the support she has received from BRTSIF incubator to the next female leaders, supporting them and enabling them in their journeys. 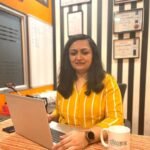 Manjari Singh is Co-founder of Dacha Hospitality, The Chhaunk and Founder of Brand Favola. After finishing her BCOM from Delhi University, she started her own business with brand Favola which caters to Home and Kitchen Items. With 10 years of business experience and successfully running Favola and one multi-cuisine restaurant Dacha Social (Goa), she has launched her cloud kitchen project – The Chhaunk.

As a woman entrepreneur, Mrs. Manjari Singh started The Chhaunk in 2021 with her Saas Mrs. Hiranyamayi Shivani. At that time, Manjari was pregnant but still, she plucked up the courage and started her startup. With the responsibility of carrying two babies, she is simultaneously multitasking her family responsibilities and business. In India, we believe that working with Saas is too difficult but this Saas Bahu Duo has within one year launched 7+ outlets offering only Bihari cuisines. ‘The Chhaunk’ has received immense appreciation for its authentic food, and now she aims for 30-40% growth in this festive season from last year. 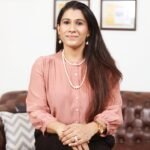 Pallavi Singh is a source of inspiration for Indian women entrepreneurs. She is a mother to a young toddler, and her journey into the industrial sector and building a name for herself has been incredible. Pallavi is the VP of SPPL, India’s largest TV manufacturing firm, where she is responsible for not only guiding the company’s growth but also developing worldwide brands such as Westinghouse TV and White Westinghouse in India under the ‘Atma Nirbhar Bharat’ Mission. She joined SPPL in 2015 after working as a tax and regulatory consultant at KPMG and built the company’s e-commerce market from the scratch, and is successfully leading the e-commerce, finance, and after-sales divisions.

Under her leadership, SPPL launched Westinghouse TV in India, a US-based brand with a 130-year history, before the festive season of 2021, when market attitudes were not so good. The brand went out of stock on Amazon just a few months after its debut. Pallavi devised a sound plan for launching Westinghouse in India, and the brand has since established itself as one of the most affordable television brands in the country.

With her chartered accounting talents, this woman entrepreneur has worked with several international clients. She was also named in the Entrepreneur India magazine as a ‘She-preneur to watch in 2020,’ alongside other entrepreneurs from diverse fields. SPPL’s current revenue is 500 crores and her mission is to achieve projected growth of Rs. 800 crores in the next five years. SPPL is in charge of Kodak, Thomson, Blaupunkt, and White Westinghouse branding, production, and design in India. 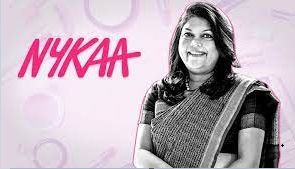 Falugini Nayar, India’s richest self-made lady, is a role model for us all. Her path from investment banker to CEO of Nykaa, a fashion and e-commerce platform, began when she was 49 years old; her journey from investment banker to CEO of Nykaa reminds us to believe in ourselves and to pursue our aspirations. In the market, she has established herself as a distinct personality. The brand’s connection to its founder is indelible, and it stems from her unwavering dedication to her dream. Nykaa, which is derived from the word Nayika, which means “life’s actress,” is unquestionably the ideal name for ladies who want to be both beautiful and inspiring. Bravo to the company and the individual who never stops working and consistently achieves her goals.

Nyaaka is currently the most trusted platform for innovative beauty goods as well as trendy clothing, shoes, and other accessories. It has around 2500 brands and over 5 lakh goods. At the Economic Times Awards for Corporate Excellence 2019, Falguni Nayar was named Business of the Year.