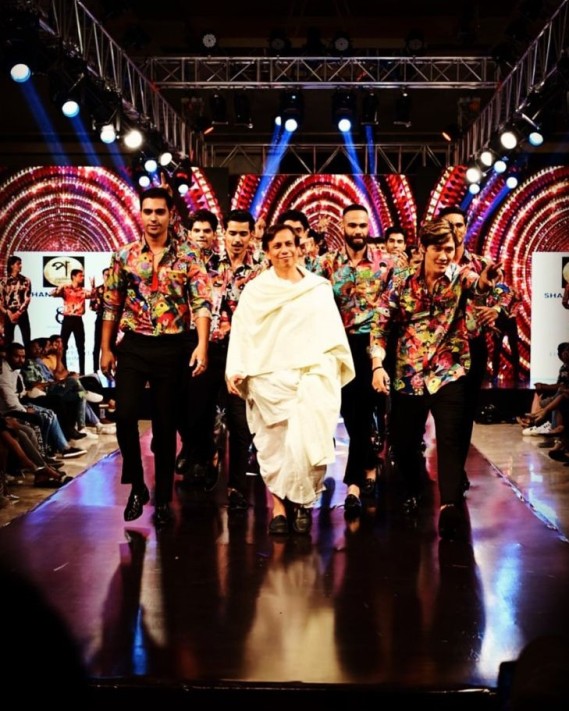 maison de bose Fashion Week, an exclusive fashion week focusing on the Millennial Man will be taking place in the capital from Nov 17th to 21st, 2022. Being conceptualized by Santanu Bose, Associate Professor of World Drama at the National School of Drama (NSD), the fashion week will be held at Alliances Francaise and Lexicon Art Gallery.

Decoding the Millennial Man, the theme of this year’s fashion week is an investigation about “Manness”. The age of feminism has restructured and displaced the idea of Man, manliness and masculinity. Do we already observe the emergence of a post-feminist neo – masculinity? showcasing the similarity, the contrast and the love between Fashion and Emotion.

The week will begin with a Curtain Raiser at Alliance Francaise, on Nov 17th with a select gathering of Diplomats, Actors, Celebrities, Industrialists, and the media.  Nov 19th will have a Panel Discussion with Designer Santanu Bose and  Supermodel Zander Lama being moderated by Veronique Dieu, Ambassador for India for the World Gastronomy Organization (OMG), arts, sciences, luxury, at Lexicon Art Gallery, Connaught Place, New Delhi.

Nov 20th  will have Fashion Shows by leading designers viz., Hemant Lecoanet, Jenjum Gadi and Gaurav Khanijo and Nov 21st will be showcasing Next Gen designers at Alliance Francaise

“The idea behind this fashion week is an investigation about “Manness”. The age of feminism has restructured and displaced the idea of Man, manliness and masculinity. Do we already observe the emergence of a post-feminist neo – masculinity? The stereotyping of macho or toxic or chauvinist has evolved into a new phase where biologically defined, socially constructed gender role of cis man has become much more independent”, says Bose.

“After the DNA testing has started proving fatherhood, the primordial family structure and the ownership of the feminine body to define the property right has become redundant. Marriage has no more needed to exist to ensure the acquisitive aspect of consumerist capitalism defined by bloodline. After the decriminalization of homosexuality in india, Indian men has been liberated from the shackles of mono sexuality or its performance of which there is no original. Does a Man exist anymore or the lexicographic elaboration is awaiting the obfuscation of the M – word”, he adds.

The circus of proto-masculinity manifests itself mostly in sartorial wrapping. What would be a neo-masculine attire? What would a post-feminist gaze. How we would like to see each other anything beyond naked? Or is it possible that the era of clothes are over. The neo nudity would be the order of the day when the genital are not the primary target to be obliterated. Would we make clothes where men are not defined by genitalia but some other parameters. Will there be menswear or soon there will be They wear.

Do we need a cupboard or a dressing table or an interiority of the body or body can permeate both interiority and exteriority? Will the horror and terror of enlightenment exist or it vanished into blue like a gypsy camp?

With all these questions we present the first of the seven seasons of maison de bose Fashion Week.