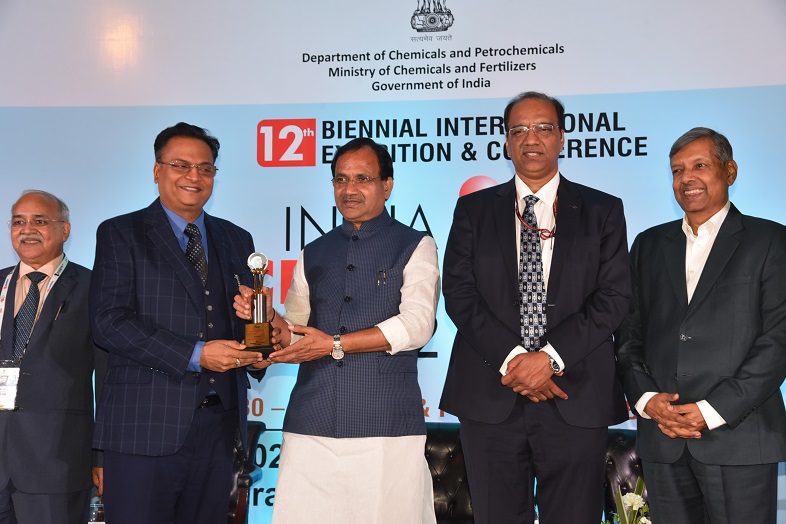 New Delhi, 12th November 2022: At the recently concluded chemical & Petrochemical Awards organized by the Federation of Indian Chambers of Commerce and Industry (FICCI)in Delhi, Insecticides India Limited(IIL) has been bestowed with the prestigious award for ‘Excellence in Exports’. The award ceremony is held biannually as a part of the India Chem series of events to felicitate companies for their contribution to the development of the chemical and petrochemical industry.

Speaking about the accomplishment, Mr. Rajesh Aggarwal, MD, Insecticides India Limited (IIL) said, “We are delighted to receive this prestigious award from FICCI, recognizing us for Excellence in Exports in the Chemicals Industry. This award will encourage us to do better in the coming time as we look forward to a bigger share in the coming years from Exports.”

Mr. Shrikant S Satwe, Sr. Vice President – of International Business added “We thank FICCI and the Ministry of Chemicals and Fertilizers for honoring us in this field. We have exported to 22 countries in the last fiscal, which was just the 6th year of our international operations. We have a roadmap in place for entering into many geographies in our journey ahead.”

This year, a total of 108 applications were received from over 45 companies competing for 14 award categories.