Glad U Came an award-winning marketing agency garnered 16 million+ views on Instagram: The only agency in India to reach this landmark 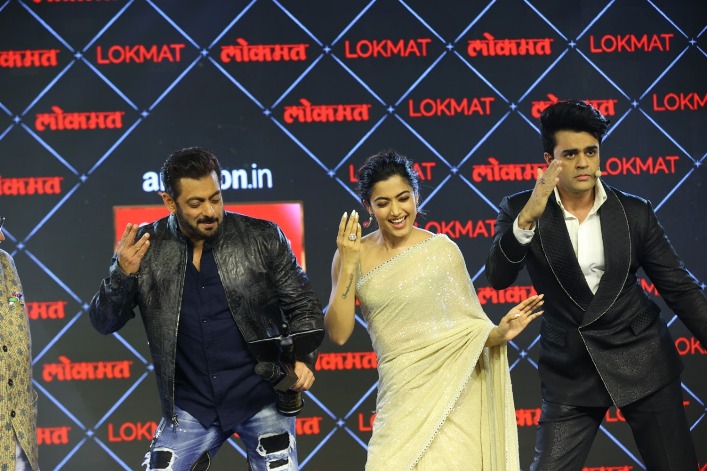 Glad U Came was the official PR partner for Lokmat Most Stylish Awards 2022, which was a successful event that gained a lot of reach through social media. One of the video interviews with Carry Minati went viral on Glad U Came’s Instagram page, which received 16 million views, hence creating a buzz across all social media platforms.

The Lokmat Most Stylish award is one of the most fashionable events in the country, attended by the industry’s most prominent celebrities like Salman Khan, Abhishek Bachchan, Ananya Pandey, Rashmika Mandanna, Vidya Balan, Jackie Shroff, Genelia D’souza, and Ritiesh Deshmukh. Glad U Came devised a long-term plan and explored several creative avenues. They increased brand awareness and reach by managing PR, Influencer marketing, and Celebrity gifting, which resulted in widespread buzz. GUC assisted Lokmat Awards in collaborating with influencers in order to reach the Instagram audience as well.

Press Coverage: They were able to secure appropriate press coverage for the awards owing to careful planning. In addition, the Indian Express, Hindustan Times, ABP Live, News18, NDTV, IDIVA, Zoom TV, Times Now, and many other publications covered the story.

Celebrity Engagement: Because of the network and regular collaborations GUC was able to get Instagram stories from Avika Gor, Palak Purswani, Sheena Das, Isha Kopikar, and others.

Influencer Marketing: GUC enlisted the help of 50 influencers, including Brinda Shah, Bharti Mehta, Harshit Mittal, Naman Bhatia, and others, to publicise the event, and they shared a story with the hashtag #lokmatmoststylish.

They increased the awards’ reputation and recognition by developing significant influencer and media engagement while keeping the Lokmat awards audience in mind. And, with the timely releases, they were able to accomplish all the objectives.

Glad U Came further garnered several clips/bytes from the event featuring Mrunal Thakur, Jackie Shroff, and Palak Tiwari and one of the reels attracted the audience to reach 15 million + views, which is still growing along with other celebrity reels where they spoke about their style and fashion sense.