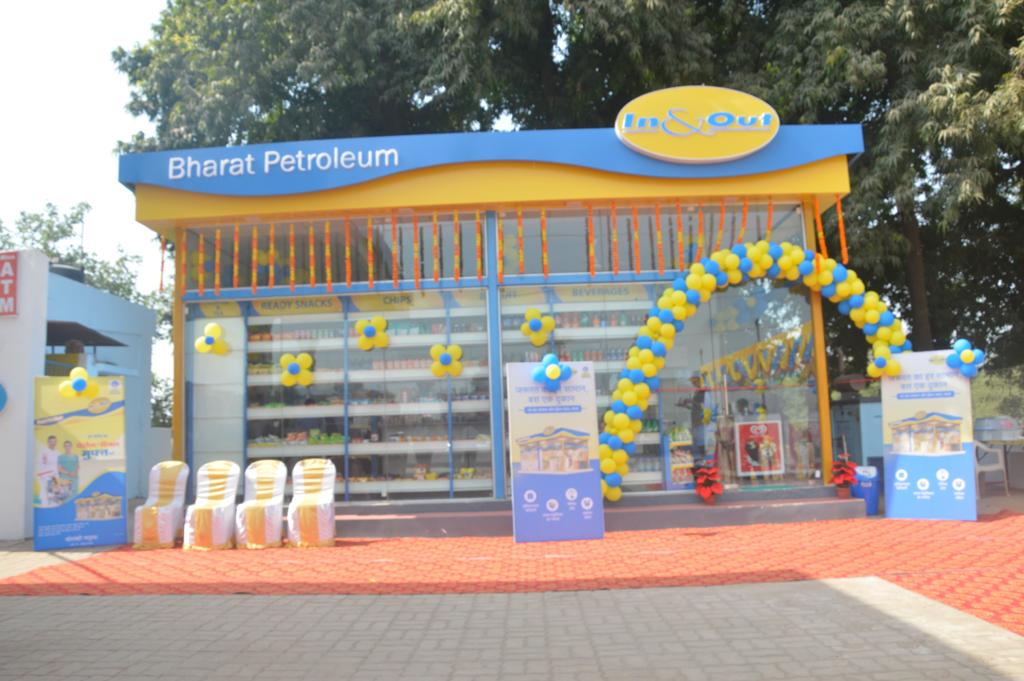 Bangalore, November 21 2022: Bharat Petroleum Corporation Limited (BPCL), a ‘Maharatna’ and a Fortune Global 500 Company, Oil Marketing Companies, today announced the commissioning of its first In & Out store at Solanki Fuels, in Chhattisgarh district.

This first In & Out store of Chhattisgarh state is being inaugurated by the Head (New Businesses) of Bharat Petroleum Shri Biju Gopinath in the presence of Territory Manager Retail Mr. Shramik Panchal and Territory Manager, LPG, Dilip Meena. BPCL retail outlet, Solanki Fuels at Uttai was commissioned on 1st April 1996 and since then it’s been serving the people of Uttai and surrounding villages with utmost reliability and optimum quality.

BPCL aspires to build One BPCL network comprising of 10,000 Such Outlets and 1 Lakh “Womenpreneurs” whom they called Urja Devi’s. These Urja Devi’s will be BPCL’s mascot in deep rural areas of the country representing the trust and values which BPCL has built over the years.

A pilot project of total 30 In & Out stores with a Village level Ecosystem of 300 professionally trained women entrepreneurs has already been launched in March 2022. Now we are further expanding our network by commissioning the next set of In & Out stores, Solanki Fuels being the first such In & Out store in Chhattisgarh.

The company aims at converting all its fuel retail outlets to “Energy Stations’ in the coming times. This network shall be able to service any product and services and help increase the overall customer base of BPCL.